Have you ever decided to read a book completely deviating away from your normal genre?

For me, The Free Market Existentialist is that book. When I heard that William Irwin was publishing a book that would approach existentialism from a different view point I wanted to know more. I had studied the words of Sartre at University and therefore was interested to hear someone else’s interpretation of his views.

There is a popular view that humans define their own meaning in life, that people have the freedom to decide and that due to this they must also take personal responsibility for their actions. Existentialists believe that people make decisions based on what has meaning to them rather than what is rational.

With this definition in mind, surely there should be no arguments as to whether Existentialists could also be Capitalists. If the basis for this belief is that people have the freedom to choose, if they can live with the notions of capitalism and consumerism than no-one else should judge them for this.

“This book will change the thinking of everyone interested in politics, economics, or religion – a game-changing work” (Michael Shermer)

I am not necessarily sure that this will be the case for everyone but it will most certainly spark a debate that, for generations to come, will probably be quoted in philosophical dissertations around the world.

So what was the purpose of this book?

The “purpose is to show that capitalism and existentialism are compatible and to argue modestly that a minimal state with a truly free market would be a worthwhile option among liberal states” (page 14).

One of the main arguments against Irwin’s theory is that capitalism deprives freedom and turns us into meaningless drones where we simply buy and consume which would go against the existentialistic ideal of self-creation and autonomy. Surely, however, it is possible to have capitalism without consumerism.

Some Existentialists would argue that ideally you could reap the rewards of capitalism without indulging in worthless and empty acts because individuals are never compelled to do anything they do not want to do. People should not let others dictate who they should be or what they should do and therefore capitalism allows opportunities for free expression.

The biggest problem; existentialists do not like labels and prefer to be known as individualists therefore, to try and link other concepts that may lead to branding would be difficult.

Irwin continues throughout his book to try and ascertain concrete arguments to suggest people can experience the free world as an individual utilising the ability to choose whilst avoiding the pitfalls that many others fall into.

Is this really achievable? Can we go through life avoiding the dangers that come from a free market whilst fully immersing ourselves into it at the same time? Surely, at some point we are all going to be drawn to follow the crowd, after all it has been argued that people in fact, do not like to be seen as different. People feel safe when they follow others, yes this sheep mentality could lead to an oppressive society but it also leads to a sense of camaraderie and being. If existentialists want a world full of genuine people that focus solely on self-creation of their being you do have to wonder whether the concepts of existentialism and capitalism could truly be linked together.

Irwin’s aim was to “show that existentialism and free market thinking can not only associate but can do very well” together “because the free market is an apt arena for creativity and self-overcoming”.

Has he achieved this?

Like with most philosophical arguments, depending on the reader, Irwin’s words could be interpreted either for or against his proposed idea. Irwin wanted to open peoples’ minds to a new idea and I believe this is a book that does just that.

This is not a book for the faint-hearted. It is a book that takes time to understand and digest. It will lead to further personal thoughts and make you think about the choices you make. Do you follow the pact or are you a person who thrives on self-creation and individuality? Either way, you will feel yourself reflecting on Irwin’s words.

I am not sure, I personally agree with all of his arguments but that was never the aim here – Irwin’s aim was to make people think, and for me, he did just that.

So who is William Irwin?

Aside from writing, William spends his days lecturing as a Professor of Philosophy at King’s College in Pennsylvania. He is the author of many scholarly articles, wrote the Intentionalist Interpretation and is currently the General Editor of The Blackwell Philosophy and Pop Culture Series.

Disclaimer: We were given a free copy of The Free Market Existentialist in return for an honest review.  As always all thoughts and opinions are our own.

You can also find us on social media: 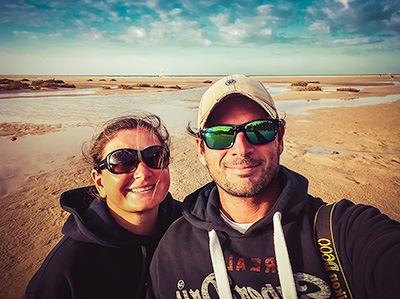 Search for your next read & support Local Bookshops:

Hamnet by Maggie O'Farrell is a story of love and

Lizzie never really did fit in at school. The girl

"Keep your family close, because your enemies are

Isabel Allende is one of the most widely read Span

QOTD: Have you ever wanted to go on an adventure a

QOTD : Do you stick to reading the same genres? I

QOTD: Do you like to read the Classics? 'The Coun

QOTD: What books would you recommend people ready

Happy Valentine's Weekend Everyone! What are you

It's #giveaway time once again!!! This month has

The Survivors by @janeharperauthor is out tomorrow

Have you read any of the Inspector Morse series by

It's finally here! To celebrate the start of 2021

Who is excited for the books being published in 20

Unsure what to get the #bookworm in your life for

London, the week before Christmas, 2007. You ofte

🍁COMPETITION TIME🍁 (#gifted) Thank you to

QOTD: Do you ever feel like everyone else around y

Update your skills, unleash your potential